Computers are good at following instructions, but not at reading your mind.

The previous section was a “hook” in that it attempted to get the reader interested without really going into technical details. This section is a bit different. As is characteristic for this book, we won’t go very much into specifics but we will cover the essentials about understanding computers as is required for software development.

In order to understand how a computer works, we must first learn a bit about digital logic.

The way computers work is mostly defined by physics, and what is possible in electronics. The key is the transistor, which is a semiconductor device which makes it possible to construct logic gates. Logic gates are physical, very small devices that perform logical operations.

Logic gates take one or more inputs and have one or more outputs. The inputs and outputs typically are binary signals; they’re either an electric signal with a low voltage (e.g. 0 volts) or a high voltage (e.g. 3.3 volts). Binary means that there are two possible values, often called 0 (false) and 1 (true). (One binary digit is also called a bit.)

The behaviour of a logic gate can be captured in a truth table. Here’s the truth table for one of the standard logic gates, the AND-gate:

The logic gates can be shown in a diagram as well. Here’s what the AND-gate would look like in a diagram: 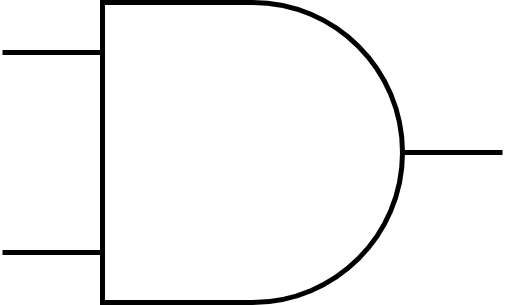 Here, the input signals would enter from the left while the output signal would exit to the right.

Another standard logic gate is the OR-gate. It has the following truth table:

The OR-gate outputs 1 when either A or B, or both, have 1. In a diagram it would look like this: 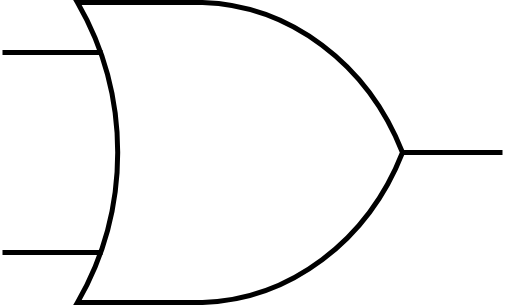 There’s also the NOT-gate. It has only one input and one output:

It negates its input and, in a diagram, would look like this: 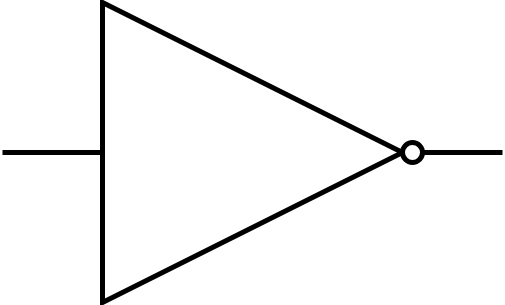 These gates are enough to build complex digital devices including computers (though several million of them may be necessary).

Let’s say we wanted to put together a circuit with the following truth table:

That is, it’s almost like the OR-gate but if both A and B are 1 then we output 0. (This is also called XOR-gate, or exclusive-or.) We could build this circuit by combining what we already have:

Let’s see what we have here:

What happens here is that the output of the OR-gate is always 1 when one of the inputs is 1.

We now have a new building block: whenever we need a XOR-gate, we can use this design.

Exercise: Using only the OR-, AND- and NOT-gates, design, with a pen and paper, a circuit with two inputs A and B, and output X, such that the when both A and B are 0, the output is 1. In all other cases the output must be 0.

We can now put together various logical circuits. How about practical use cases?

One of the first professions that computers made unemployed were the computers: people who were given arithmetic tasks such as “123,456 + 789,012”, with the goal of computing the correct answer. Indeed digital logic can be used for arithmetic. Let’s start with addition.

Seems simple, doesn’t it? Indeed this is quite similar to our OR-gate, except that because our values can only be 0 or 1, we don’t have the ability to encode the number 2 in one signal. But we could have another output signal, with the meaning of “the output is two”. The truth table for such a circuit would then look like this: 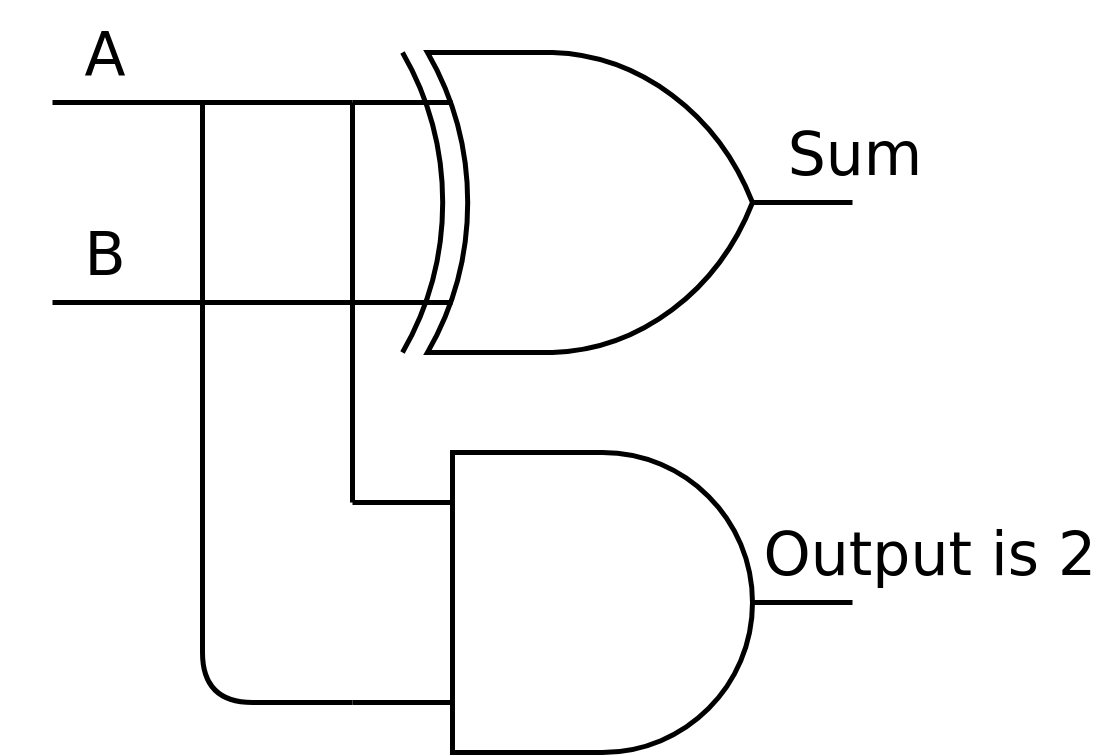 What if we wanted to count higher?

We simply add more input and output, and more gates. The truth table could look like this:

Exercise: Check that the above truth table is correct for some row. Decode what number A, B and output are from the bits.

In similar vein we can do e.g. subtraction and multiplication.

How about comparing whether one number is larger than another one? E.g. for one-bit numbers we’d like the following truth table:

Here, X is 1 when A is greater than B and 0 otherwise. This, too, can be done using digital circuits.

Exercise: Come up with a design for a comparator matching the above truth table.

Now that we’re able to construct digital circuits, let’s see how they can be used to put together a device with some characteristics not completely unlike those of a smartphone. This is the topic for the next section.